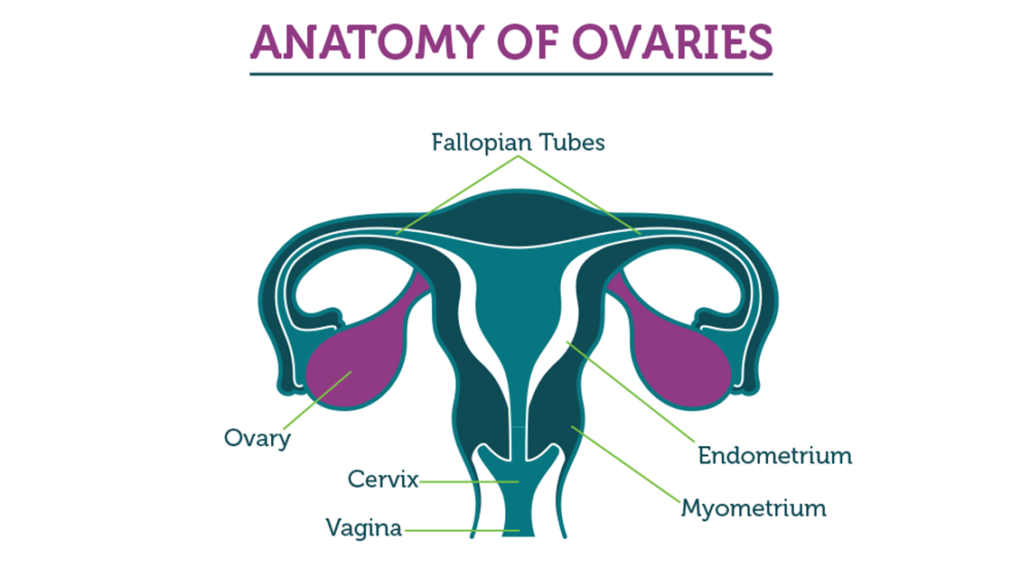 WHAT ARE THE SYMPTOMS OF OVARIAN CANCER?
Ovarian cancer symptoms are frequently mistakenly attributed to other causes. The following symptoms can also often be experienced by women without ovarian cancer. 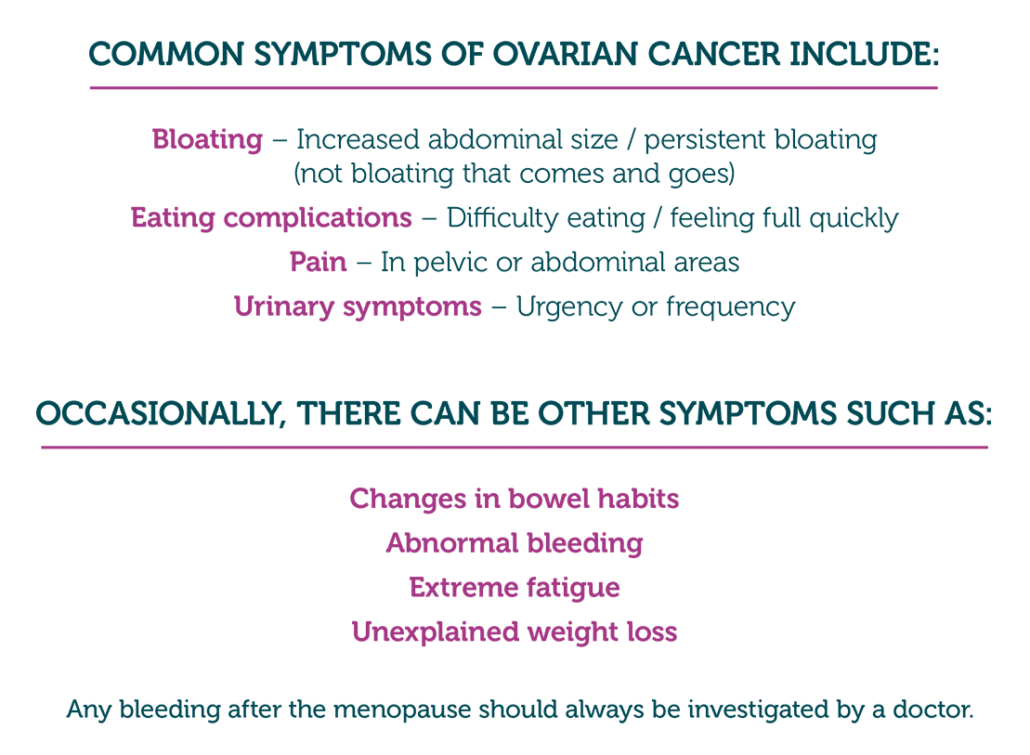 WHO IS AT RISK?
While the cause of ovarian cancer is unknown, there are certain risk factors that can increase your chance of developing it.
For example, women who have not had children tend to be more at risk; women who are tall; women who smoke; women exposed to asbestos; and women who have a history of cancer in their family are generally more at risk than others. That being said, any woman has the potential to develop ovarian cancer at any time in her life. That’s why knowing the signs and symptoms of the illness is vital. 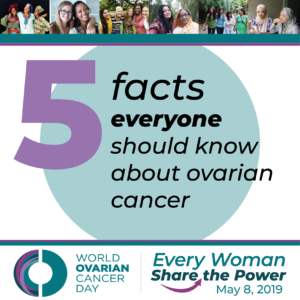 2. All women are at risk of ovarian cancer.
Ovarian cancer is diagnosed annually in more than 230,000 women globally. It is important to be aware of symptoms, risk factors and your family history on both your father and mother’s side of the family.

3. Diagnosing ovarian cancer before it spreads makes it much more treatable.
When ovarian cancer is detected at an early stage – when the cancer remains confined to the ovary – up to 90% of women are likely to survive for more than five years. This compares to 17% surviving five or more years when the cancer has spread to other parts of the body. A woman who has symptoms suggestive of ovarian cancer should be referred directly to a specialist to obtain an accurate diagnosis.

5. Symptom awareness may lead to a quicker diagnosis.
If a woman experiences one or more of the following symptoms frequently, it is important that she discuss them with her doctor.
– Increased abdominal size / persistent bloating (not bloating that comes and goes)
– Difficulty eating / feeling full quickly
– Abdominal or pelvic pain
– Needing to pass urine more urgently or more frequently
While these symptoms are often associated with more common and less serious conditions, it is better to check them out.

Asthma Deaths are on the Rise
Scroll to top